TCP After Dark presents The Revolutionists by Lauren Gunderson, and directed by Peggy Kaney and Sandra Becker. This particular play includes strong language.

Four beautiful, badass women lose their heads in this irreverent, girl-powered comedy set during the French Revolution’s Reign of Terror. Playwright Olympe de Gouges, assassin Charlotte Corday, former queen (and fan of ribbons) Marie Antoinette, and Haitian rebel Marianne Angelle hang out, murder Marat, and try to beat back the extremist insanity in 1793 Paris. This grand and dream-tweaked comedy is about violence and legacy, art and activism, feminism and terrorism, compatriots and chosen sisters, and how we actually go about changing the world. It’s a true story. Or total fiction. Or a play about a play. Or a raucous resurrection…that ends in a song and a scaffold. The cast includes Misti Hanrahan-Biggs, Shelia Fritts, Tammy Schmidt, and Laura Carter.

Announcing the amazing cast of The Revolutionists by Lauren Gunderson! Misti Hanrahan-Biggs as Olympe de GougesShelia Fritts as Charlotte Corday Tammy Schmidt as Marie-AntoinetteLaura Carter as Marianne AngelleMake plans to see these badass women tell their stories of the French Revolution on August 13 & 14!!

TCP After Dark will be presenting a staged reading of “The Revolutionists” by Lauren Gunderson, August 13 & 14, and we need 4 females to play the parts! The play is described as “four beautiful, badass women lose their heads in this irreverent, girl-powered comedy set during the French Revolution’s Reign of Terror.” TCP After Dark presentations are plays that for one reason or another don’t quite fit our main season. This particular play incorporates some strong language. We will have a shortened rehearsal period, and minimal set and costumes. We will hold individual auditions starting on July 12, please respond here or contact the directing team: Peggy Kaney (918) 931-2446 or Sandra Becker (918) 931-8532 to schedule an audition. Don’t lose your heads! 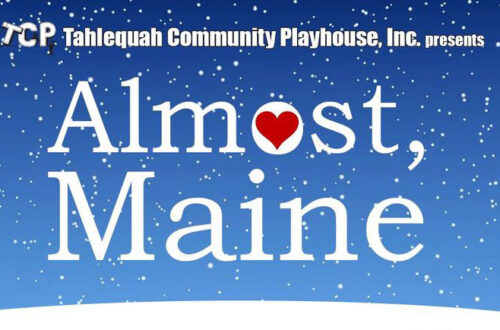